The project consists of a series of looping videos projected throughout the gallery that focus on the authoritative and dualistic roles of the photographer and interviewer to examine the misuse of power, entitlement and authority that incongruously victimizes voiceless groups, namely children. Parallels are drawn between the act of image making in which the photographer assumes an authoritarian posture in regards to a subject and the authority imposed by the American legal justice system to regulate and determine the rights of children. By intervening in my own process, depoliticizing the photographic agenda and acknowledging the inadequacies of representation, I intended to infuse the subject-matter with a new level of dignity and promote social awareness. In July 2010, I became a Guardian ad Litem (GAL) in Alachua county, a court appointed volunteer who advocates for the rights of children that have been brought into the court system due to abuse and neglect. In experiential videos using the formal language of the legal system from my reports to the court, a family’s redacted history is both portrayed and censored to resemble the challenges that I faced as a photographer in maintaining the dignity of delicate and controversial subject-matter. 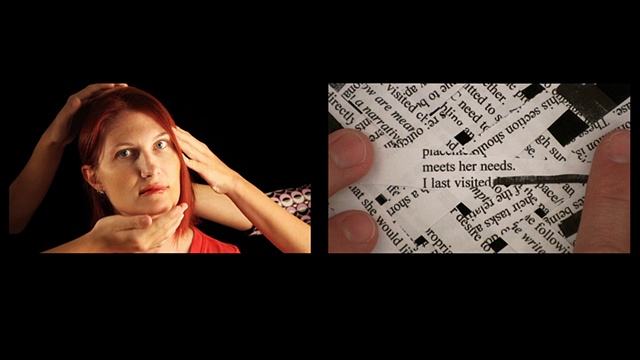